“Quiet Code” displays renditions of quilt squares that were used to guide slaves through the Underground Railroad on their trek to freedom. African-American seamstresses as well as Quaker and Dunkard abolitionists, sewed and then prominently displayed these textiles to aid traveling slaves escaping to the North. 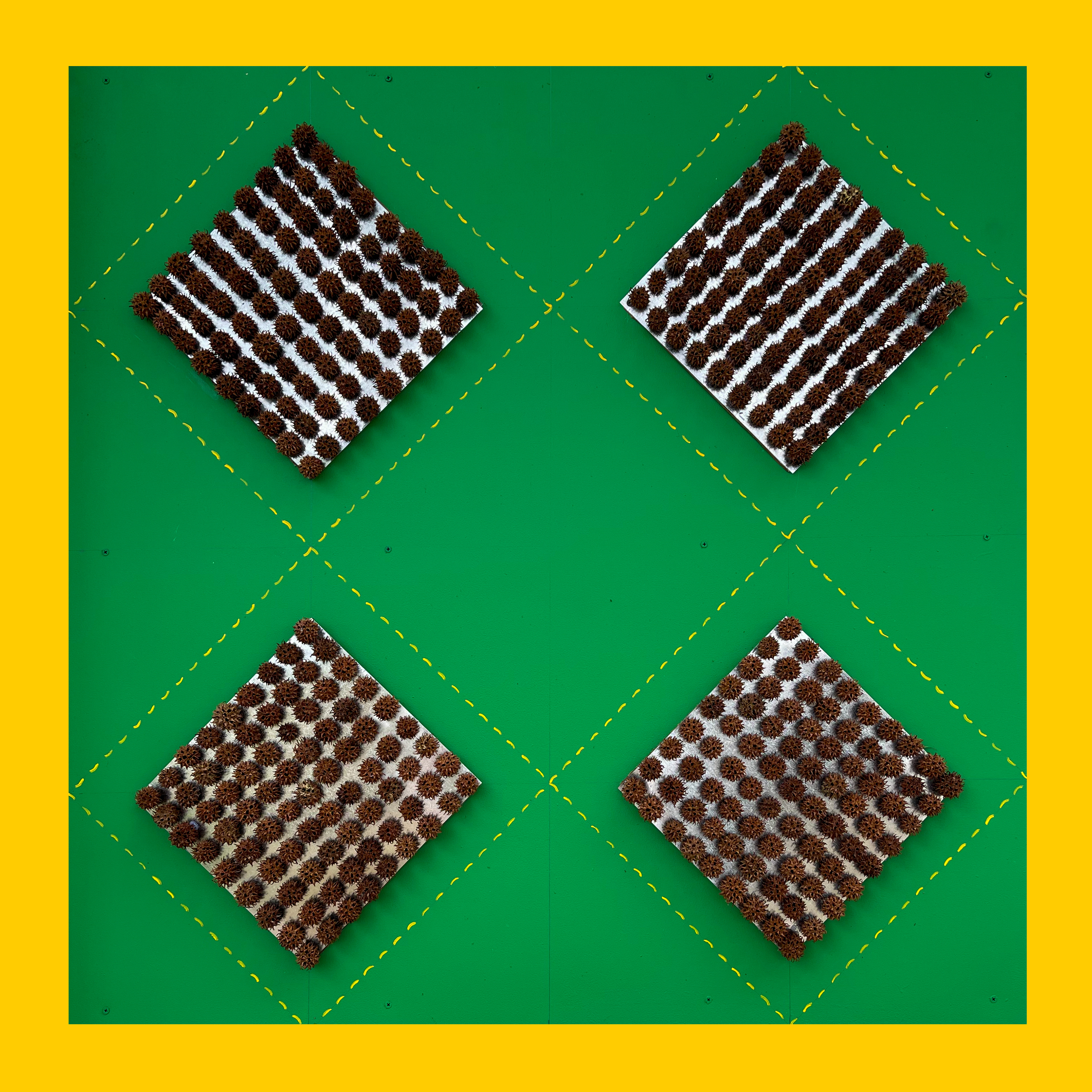 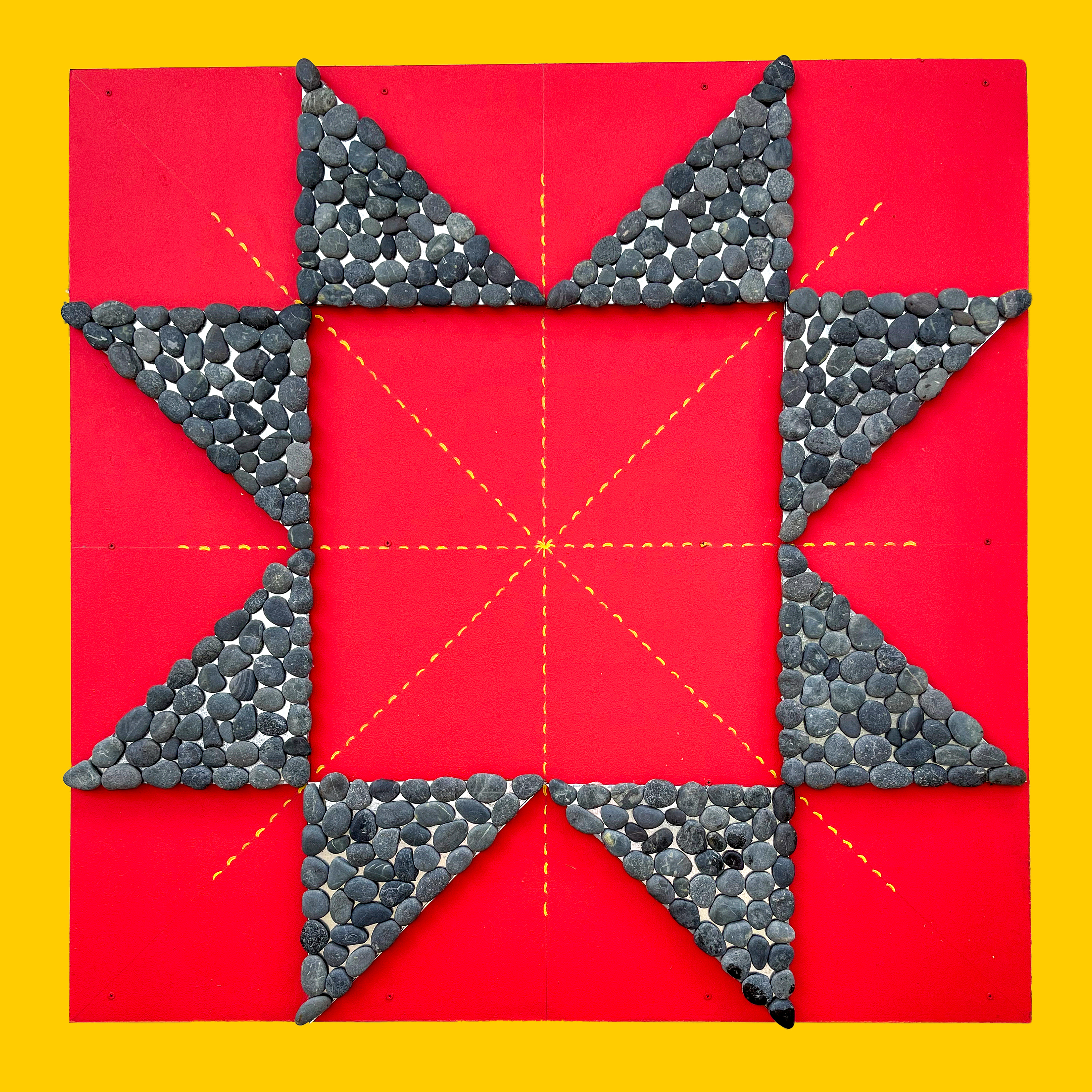 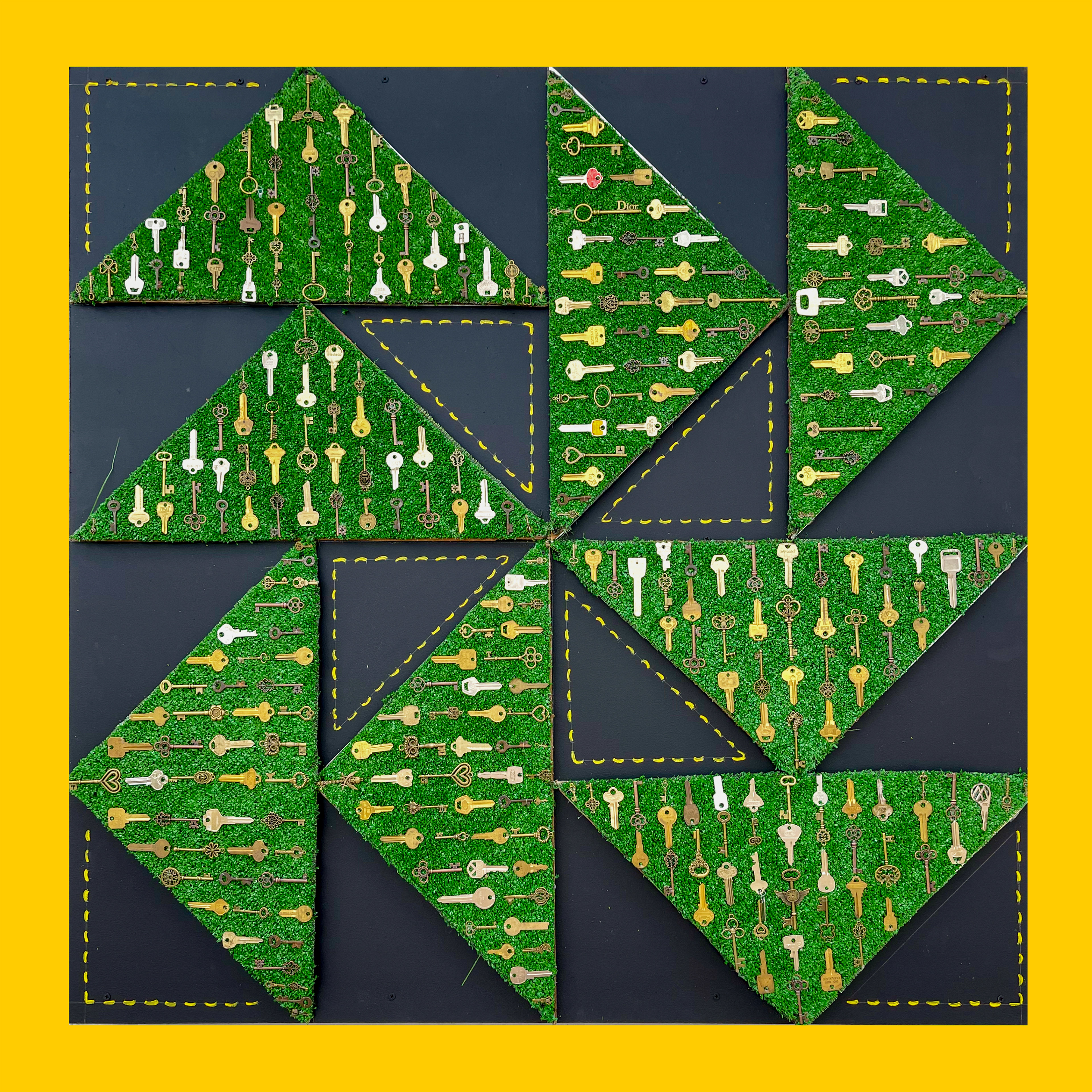 The individual blocks on the quilt tell a story, for example “Crossroads” encourages slaves to keep on their path to the crossroads in Cleveland, Ohio: the last stop before boarding the boat to Canada; “Flying Geese” advises one to follow the migrating birds over the Appalachian Mountains to freedom; and “North Star” let escaping slaves know to keep following Polaris (the North Star) to continue their voyage. Quilt code was a way of giving direction without saying it out loud.​​​​​​​
My personal connection to this project was realized through research on Frederick’s African American history, where I discovered my own family -both slaves and freepeople- were residents of Frederick, including my fourth great grandparents who were born here around 1790. Eventually they settled a little further west, in Middletown Maryland, where several generations of my family lived and farmed through the 1880’s. During their tenure in Maryland, the Underground Railroad was active in guiding dozens of enslaved people to freedom through Frederick County and eventually to Canada. “Quiet Code” is part of the larger universal conversation on race and human relationships. This project addresses our shared history of power dynamics, conflict, loss, marginalization and deterioration in an abstract format. It addresses a cultural dynamic where certain communities have been displaced, erased, or aren’t recognized. My artistic intent is to create an evocative experience that allows for layers of interpretation and personal meaning.
↑Back to Top